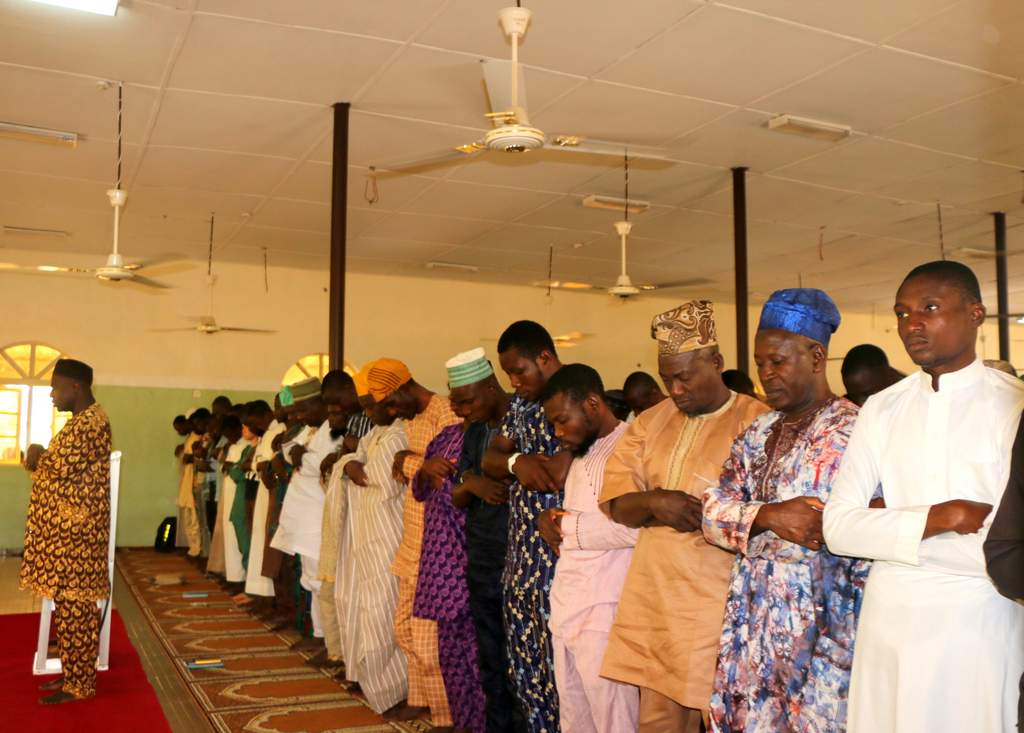 The special Jumat service for the success of the 27th Convocation ceremony was held on Friday, 26th January, 2018 at the Olabisi Onabanjo University mosque.

Leading the special prayers were the Deputy Imam of the mosque, Dr. Akeem Akanni and other Alfas and Islamic leaders in the University.  In his sermon, Dr. Akanni acknowledged that the peace and tranquility the University was enjoying must be sustained by doing the will of Allah.  He urged the congregation to always live their lives in consistent to the will of the Almighty Allah.  He added that the Almighty Allah only heard the prayers of the Islamic pious who had rejected all inconsistencies and hypocrisy.  He said the pious with their piety would always hearken to the voice of God in everything, adding that they should practice what they preach.

Dr. Akeem Akanni advised the faithfuls to always remember their end time and be conscious of life after death.  He stressed that the Islamic faithfuls should make provisions for their death when they are alive just as they make plans for their future.

He emphasized the need for the faithfuls to let the Almighty Allah be their focus in whatever they do and in their relationships with people.

He prayed for the success of the convocation and advised graduands to focus on how to learn one or two skills so that they would be self dependent as they navigate the terrains of life.

In his short comment, the Vice-Chancellor, Professor Ganiyu Olatunji Olatunde thanked the congregation and the Muslim community for their consistent support for his administration.  He urged them to participate actively in all the programmes of the Convocation.

Professor Olatunde appealed to the congregation to back his administration with fervent prayers noting that the Almighty Allah always hearken to the prayers of the faithfuls.

He advised the students in the University to be of good conduct during the ceremonies as the University would witness the presence of high ranking dignitaries from all walks of life.  Thereafter, the Vice-Chancellor announced the donation of one hundred thousand Naira (N100.00) for the development of the mosque.