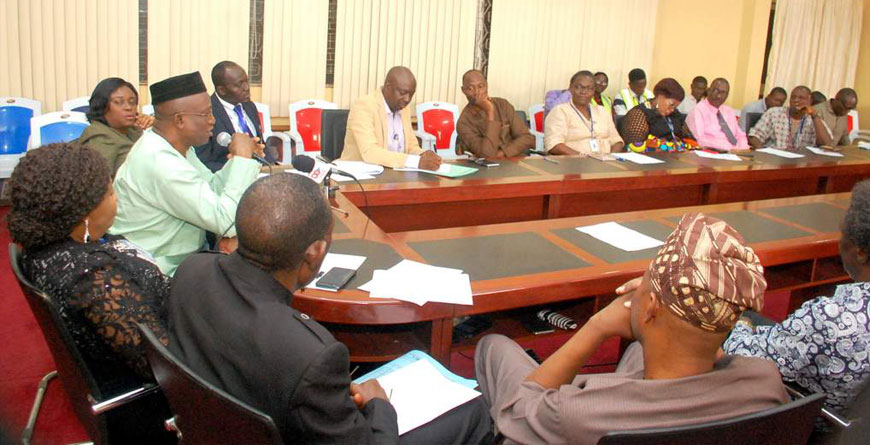 The Vice-Chancellor, Professor Ganiyu Olatunji Olatunde has reiterated his commitment to project a good image for the University by ensuring a positive webometric ranking for the University in the next five years of his administration.

Professor Olatunde said this at the World Press Conference and interaction with media men as part of the pre-convocation events for the 27th Convocation Ceremony of the University.

He disclosed that he intended to secure full accreditation for all courses in the University within the next five years and equally promised to procure world standard facilities for the Colleges and Faculties in line with the National University Commission benchmark.

Professor Olatunde added that besides his plan to improve on the University landscape, he was also prepared to pay salaries of staff on time and inculcate discipline among staff.

He revealed that his administration was set to partner with private transporters in order to provide good and efficient transportation system within the University.

The Vice-Chancellor disclosed that all graduands passed through the rigours of the University academic training and were found to have merited the respective class of degrees awarded them.  He recalled that the University was noted for incomparable excellence among its products most especially in the field of medicine and law.

He said that the University desired to honour four eminent personalities namely:

as honorary awardees during the convocation ceremony because of their notable contributions to the country’s socio economic development.  He added that the University also made its choice based on the pedigree of the honorary awardees.

In all, a total of 5,040 would be graduating out of which 18 made first class and 74 obtained Ph.D degrees while 79 had pass degrees.

He expressed his appreciation for the pressmen present for always projecting the image of the University positively to the entire world.