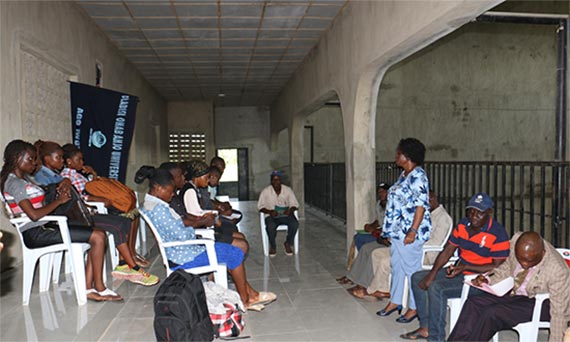 A contingent of students of Olabisi Onabanjo University, Ago-Iwoye have set out to make the University proud at the West African University Games, WAUG, scheduled to commence on Thursday, 1st November  and end on Sunday, 11th November, 2018, at the University of Port-Harcourt, River State, Nigeria.

While eulogizing the University Management under the leadership of Professor Ganiyu Olatunji Olatunde for its support for the University contingents, the Acting Director, Directorate of Sports, Mr. A. A. Makanjuola, was appreciative of the presence of the University Management, represented by the Deputy Vice-Chancellor (Admin.), Professor (Mrs.) Ebun Oduwole, stressing that this would go a long way in boosting the morale of the students at the sports event. He recalled that at the last NUGA game, a bronze medal was won by Miss A. Opeyemi in Taekwondo category and expressed his confidence that the current well-trained contingents will win more medals for the University at the competition.

Addressing the contingents, who were drawn from different levels and programmes across the Faculties and Departments of the University, the Deputy Vice Chancellor, (Admin.), Professor (Mrs.) Ebun Oduwole stated that it was a unique opportunity for the students to be selected to represent the University in the WAUG event. She therefore enjoined them to be good ambassadors of the University in whatever they do or wherever they found themselves. She implored them to go into the competition with the determination to win medals at the events and prevent being distracted.

While concluding her address, the Deputy Vice-Chancellor (Admin.) admonished them to imbibe the spirit of sportsmanship which should permeate their thinking at all times as this is an essential tool in any sports competition and also enjoined them to comply with the rules and regulations as may be spelt out by the organizers of the competition while emphasizing that discipline should be their watchword.

The OOU Bulletin wishes, the contingents a successful outing at the competition .