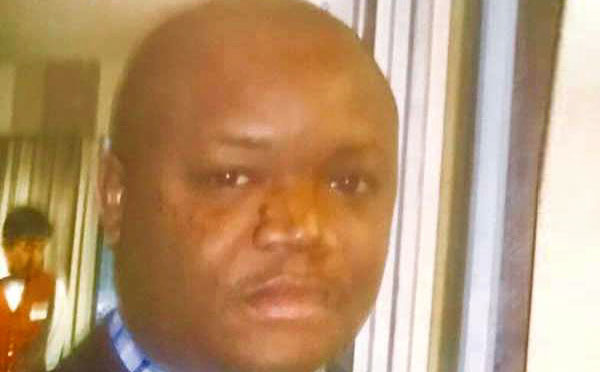 The Governing Council of Olabisi Onabanjo University, Ago-Iwoye has approved the appointment of Mr. Olufemi Ayodele Ogunwomoju as the University Registrar with effect from Wednesday, 1st August, 2018 and for a period of five years.

Born on 1st October 1968 in Ibadan, Oyo State, Mr. Ogunwomoju hails from Ago-Iwoye, Ogun State, Nigeria.  He is the first alumnus to be appointed Registrar in the 35 years history of the University.  He bagged his Bachelor of Arts in Philosophy and his Masters Degree in Business Administration (Organizational Behaviour and Human Resource Management) in August, 1989 and April, 1998 respectively from Ogun State University, Ago-Iwoye (now Olabisi Onabanjo University).

Mr. Ogunwomoju joined the services of the University in May, 1991 as an Administrative Officer and rose through the ranks to become a Deputy Registrar in 2007.

He has worked in various divisions, departments and units of the University.

Mr. Ogunwomoju has rendered major administrative services to the nation within and outside the University system.  His administrative prowess had taken him to London as a Visiting Consultant at Thomas Parkwood Academy where he had his sabbatical leave between January and December, 2009.

He had participated in various conferences and workshop within and outside Nigeria such as Annual National Conference, General Assembly of the Association of Universities Professional Administrators, October 2014 and the Annual Conferences of the Association of University Administrators, United Kingdom held in Belfast 2006, Nottingham 2007, Warwick 2009 and the University of Manchester United Kingdom in April, 2017.

He is happily married and blessed with children.