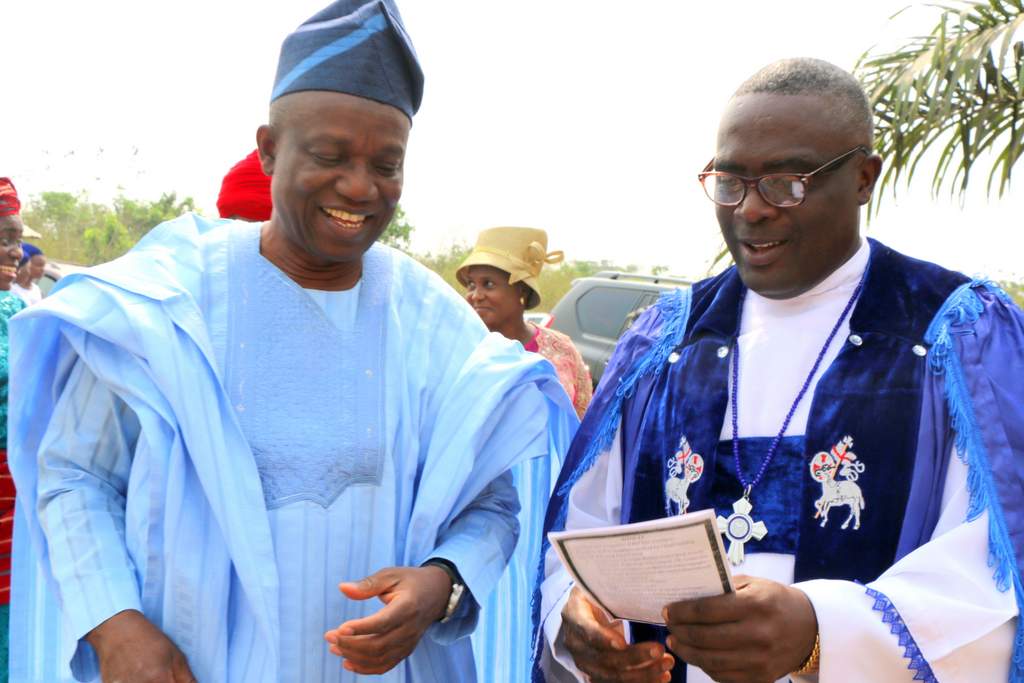 The University Chapel of Abundant Life has held a Special Convocation Service in respect of the 27th Convocation Ceremony..

The service which was held at the religious area in the Main Campus, Ago-Iwoye witnessed the turnout of the University Principal Officers, staff and students.  The special church service took place on Sunday, 28th January, 2018.

He urged him to put round pegs in round hole in other to achieve success and rule the University with divine direction.

In his brief remark, the Vice-Chancellor, Professor Ganiyu Olatunde urged the Christian Community to pray fervently for the progress of his administration.  He promised that he would make sure his administration’s effort was felt by all sections of the University community.  He called on staff, most especially the Christians to contribute towards the development and construction of the University Chapel.

The Vice-Chancellor announced a personal donation of a hundred thousand naira (N100,000.00) towards the development of the Chapel.

During the service, prayers were offered for the University, Ogun State and Nigeria.

The highlights of the service were praise and worship session by the Chapel Choir.